Portfolio > As the Glow Grows

On a nature walk on a visit back in my hometown, I found myself in what I can only describe as a magical fairy forest. Lush and green, the light streaming in to illuminate miles and miles of heart shaped vines coating everything. The vine enveloped every bush, palm, and even climbed to the top of the trees. What initially felt magical started to feel odd. I did not recognize this vine from my childhood and its loving embrace seemed to be so suffocating. I later learned that this was an invasive species called air potato vine (Dioscorea bulbifera). The reality was the vine was choking everything in its path. This vine has found its way, not just to South Florida, but also to my new home in southeastern Texas. Invasive species like this one are often cultivated because of their beauty. When misplaced they kill the native plants and throw off a natural balance.

Standing within the miles and miles of vines. Reflecting on how this one plant has impacted both of my current home spaces I felt truly overwhelmed. I began to photograph the vine, not sure what I would do initially with the images. After printing, I cut most of the photograph away, so the vine and its victim are isolated. Colorizing the shadow areas of the image where the air potato vine is positioned highlights it. I deliberately picked a neon pink color due to the unnatural tone that acts as an almost toxic visual marker. The initial visual effect is similar to my own first reaction to the air potato. One of awe and enchantment of its beauty. The work lures and guides the viewer to think more deeply about their relationship to nature and the impact humans can have on it. 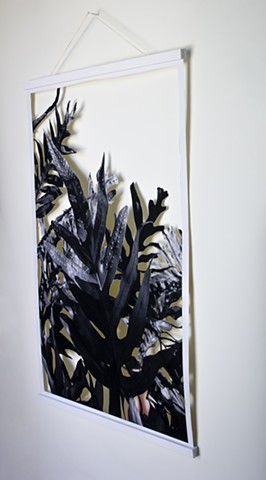 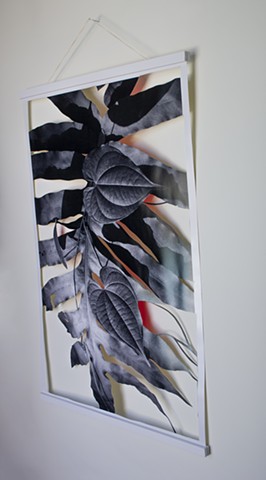 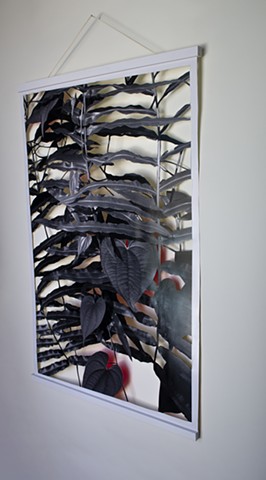 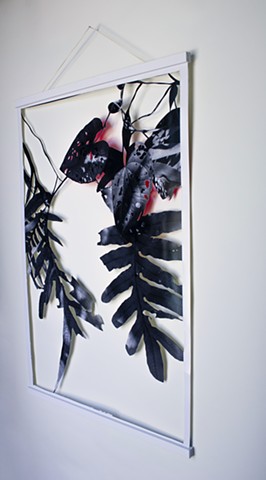 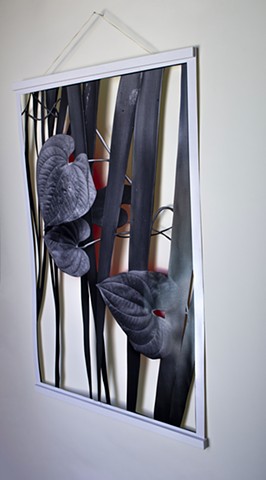 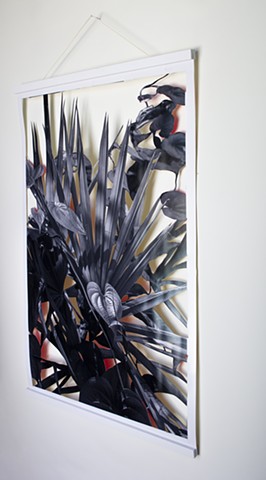 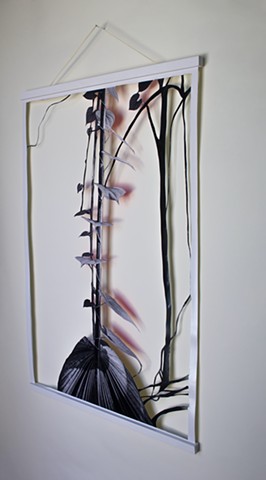 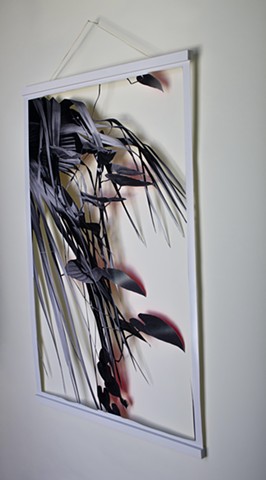 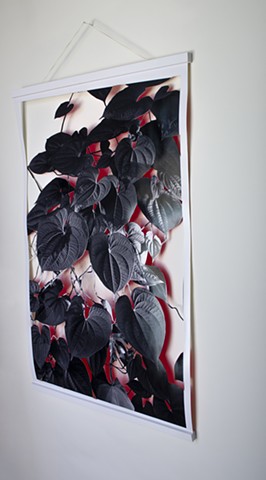 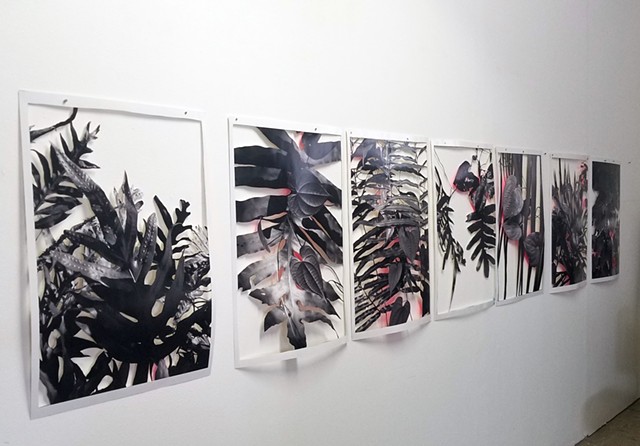 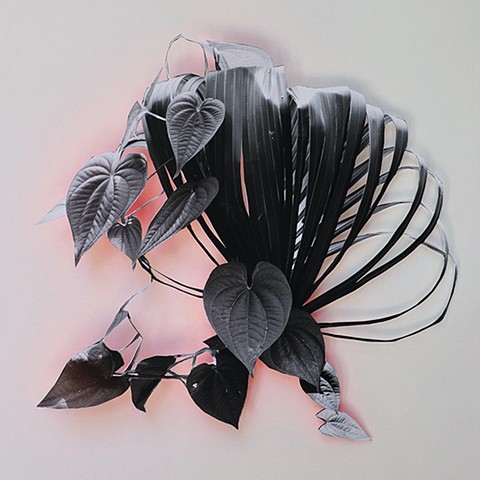 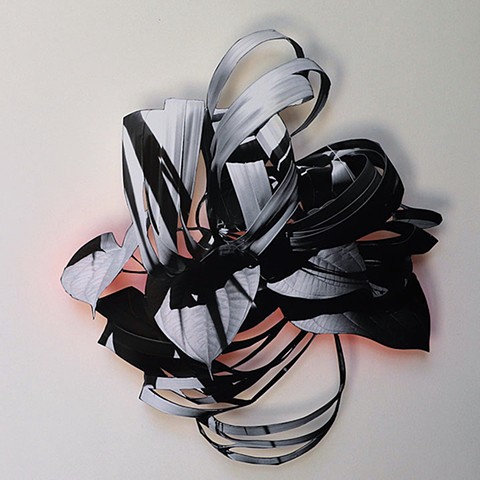 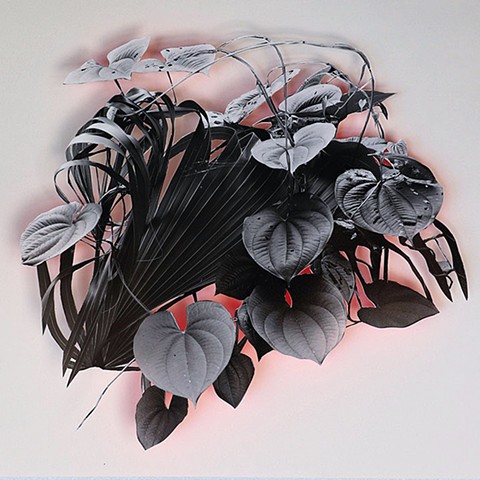 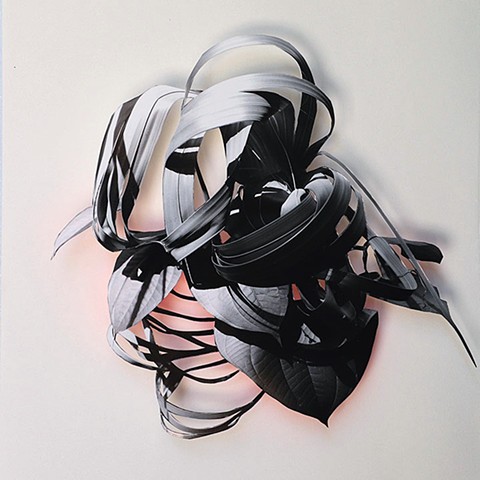 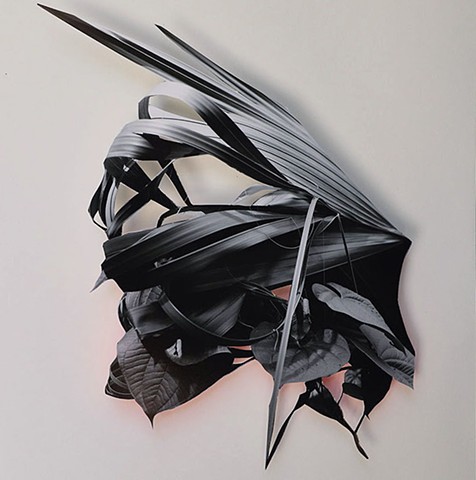